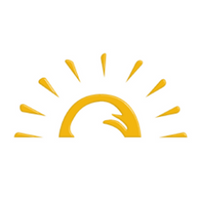 The role of the broker and MGA in the current market have both been called into question in addressing the mushrooming cost base of the London market.  It is right that the traditional methodology of risk and reward based on flat commissions is being called into question but equally, the way that business is conducted is also worth looking at too.

I have seen many players in the MGA space argue that theirs is a ‘unique’ offering, brokers arguing that they add value to the relationships between MGA and carrier but how often do these statements stand up to scrutiny?  One thing that is clear to me, based on too many years’ experience in the London market, is that each party has a clear role to play and each brings special skills to bear in producing a book of sustainable and profitable business.  One of the key differentiators for me is the use of technology in any party being able to demonstrate this.

We have, in the past, looked at technology as being an enabler to see data, both risk, premium and claims , delivered in real time and patted ourselves on the back as a job well done.  It is true, speedy acquisition and transmission of data is a real benefit but is only one instrument that we can use to make ourselves a leaner and more efficient market.  I would argue that we need to look at the whole spectrum of risk, rather than simply the excess of premium over claims, that the MGA has ticked all the regulatory and compliance boxes or is financially solvent.  The whole spectrum of risk needs to be considered holistically and the interrelationships between its constituent parts to be able to effectively manage the relationship.  Good oversight of every aspect of the MGA business by the carrier, combined with constructive feedback, will enable a relationship to grow, underperforming books of business to be turned around, new lines of business introduced to mutual benefit and unnecessary costs to be taken out of all links in the transaction chain.

There is some great technology out there in various places such as DA SATS to manage data and Risk management software to look at that aspect plus regulatory and compliance tools.  All of these can be purchased at very reasonable  price but at the end of the day, they will only provide a fragmented view of each aspect unless they can be combined into a single view/dashboard.  This is where the carrier, broker and MGA need to have a sound underlying IT platform that allows them to incorporate the ‘best of class’ technology solutions and to give them that single view that is so desperately required.  There are some great systems out there and great vendors too but to paraphrase William Golding ‘All vendors are created equal, but some are more equal than others’!

MGAs of the future need to be leaner, more cost effective and tech-enabled Earlier this week we published a lead article on how the Lloyd’s performance drive has resulted in a flight to quality in the MGA market. With a more restricted pool of delegated authority capacity to play with, carriers are now looking to determine which MGA partnerships give them more bang for their buck, leaving those which underwhelm to fall away. The result, MGA market observers believe, is that we could eventually see a bursting of the MGA “bubble” that has ballooned over the past few years. Once it does, the theory goes that the underperforming outfits will be cleared away, and the best-of-breed will be left standing. So what does that super MGA look like? Of course, the basics are essential and need to be excellently executed. MGAs sell themselves to paper providers on the premise that they have top-flight underwriting expertise or unparalleled distribution in a niche area of business – something which traditional carriers would struggle to do cost effectively themselves. Scoring full points on both of these aspects makes a powerful business case in itself. The MGAs of the future also need to be leaner, more cost effective and tech-enabled. They cannot be adding more needless cost in a distribution chain which already has several mouths to feed. Throw in product innovation, actuarial and analytics capabilities and full confidence and authority in claims handling, and the package as a whole is difficult to ignore. But perhaps the biggest differentiator will be how attractive these MGAs make themselves to capital, which arguably has been, and will continue to be, the biggest disruptor to the (re)insurance industry. If MGAs can confidently own every aspect of the underwriting and claims handling process, they could make an appealing entry point for low-cost capital to a diversified pool of primary insurance risk. Using capital with lower return hurdles would make for wider margins and take cost out of the value chain. As long as MGAs can find or build the appropriately licensed and rated vehicle for that low-cost capital – and movements have been made in this regard – it would be a huge competitive advantage in a market which is struggling under the weight of its own expense. If we really move into the realms of blue-sky thinking, could this model eventually be so refined that MGAs become an investment alternative to a sidecar? The full ripple effect of the Lloyd’s performance drive is yet to be seen. However, one thing is increasingly certain – being an average MGA won’t cut it for much longer.

For plans and pricing, please contact our sales team at sales@passle.net

Sorry, you don't have permission to repost or create posts.

Your repost is currently a draft. Review your repost and request approval.

Sorry - this is not an option. This post already exists in the Passle you have selected.

Try reposting to another Passle.